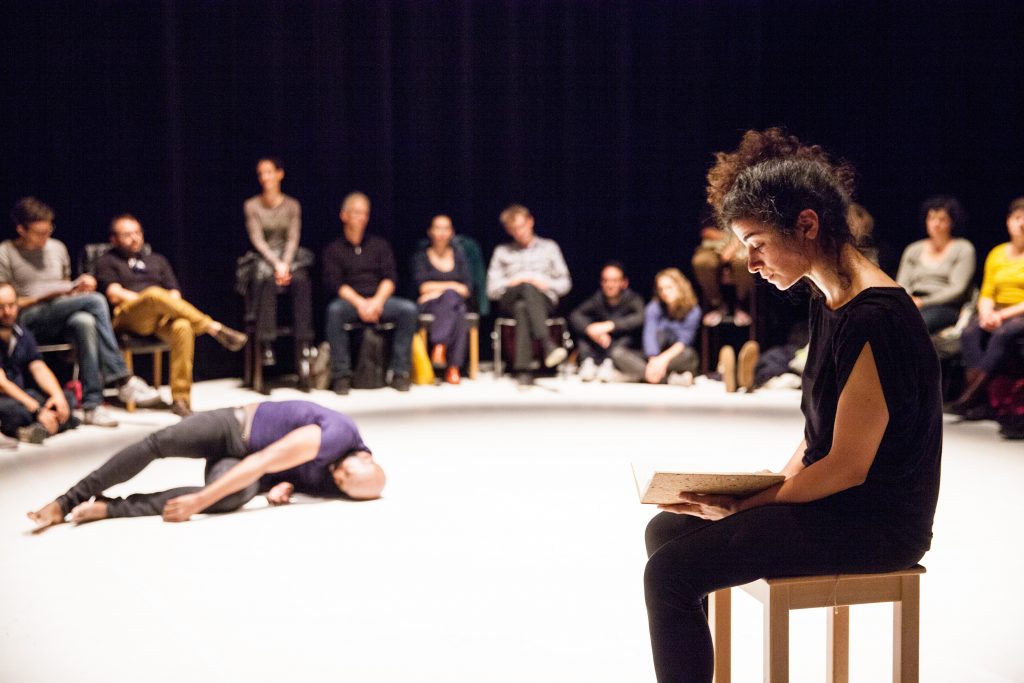 In the American Midwest in the 1880s, white people hid illegal alcohol in their boots when they traded with Native Americans – an effective strategy to neutralize rebellious Native Americans through drunkenness. ‘Bootlegging’ was born. Now we are presenting Bootlegged: an encounter between Boyzie Cekwana and Danya Hammoud: two bodies, two stories, and two histories.

Boyzie Cekwana is a choreographer and theatre director. He grew up in Soweto, lives and works in Durban, and is one of the founding fathers of modern dance in South Africa. He previously presented Influx Controls: I wanna be wanna be at Kaaitheater. Danya Hammoud, who hails from Lebanon, studied theatre in Beirut and dance in Paris. Since 2010, she has been creating her own work.